You know what happens when you shut all your blinds at night because you like to “hide out” so no one can see you?

I should also say… I should probably watch the weather channel more often. Nonetheless, we woke up to the first snow of the winter. FINALLY!

And let’s be honest, I don’t mind snow days… as long as I can still drive and get my fountain coke.

If it’s a snow day where EVERYTHING is closed, including the gas station where they sell my carbonated crack, then yea… I’m not happy. Ha! Of course, the boys are obsessed with playing in the snow. And being off school.

It’s a win/win in their eyes. Even Klay-Klay is a fan.

I swear, she was limping on her back leg for 2 days straight, but put her in snow? And she’s running around like she’s a puppy on peanut butter. The good thing about this snow was that the temperature wasn’t unbearable so it was actually fun to be out playing. The boys made snow angels, attempted a snowman and chased me with snowballs for a good 20 minutes. 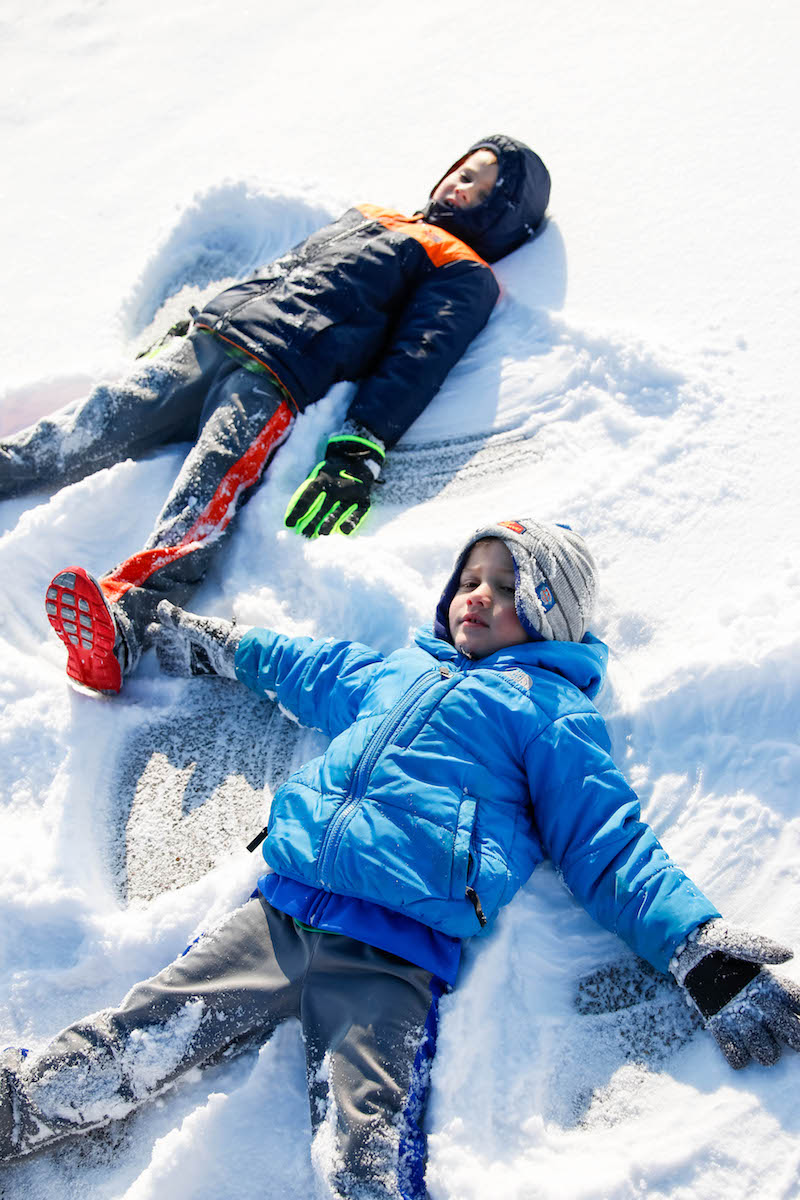 Pretty certain when we had snow days last year I was a hot stressed mess about it. There was too much to do for the boys to be off school.

It was the first thing I said to my husband when I realized school was closed this time.

“I actually don’t mind having them home since I don’t “have” to do any work.” #boom I’m enjoying life on my own terms. And I’m definitely enjoying the boys so much more! Let’s just say, all was fine and dandy until your brother puts snow down your pants. 😉